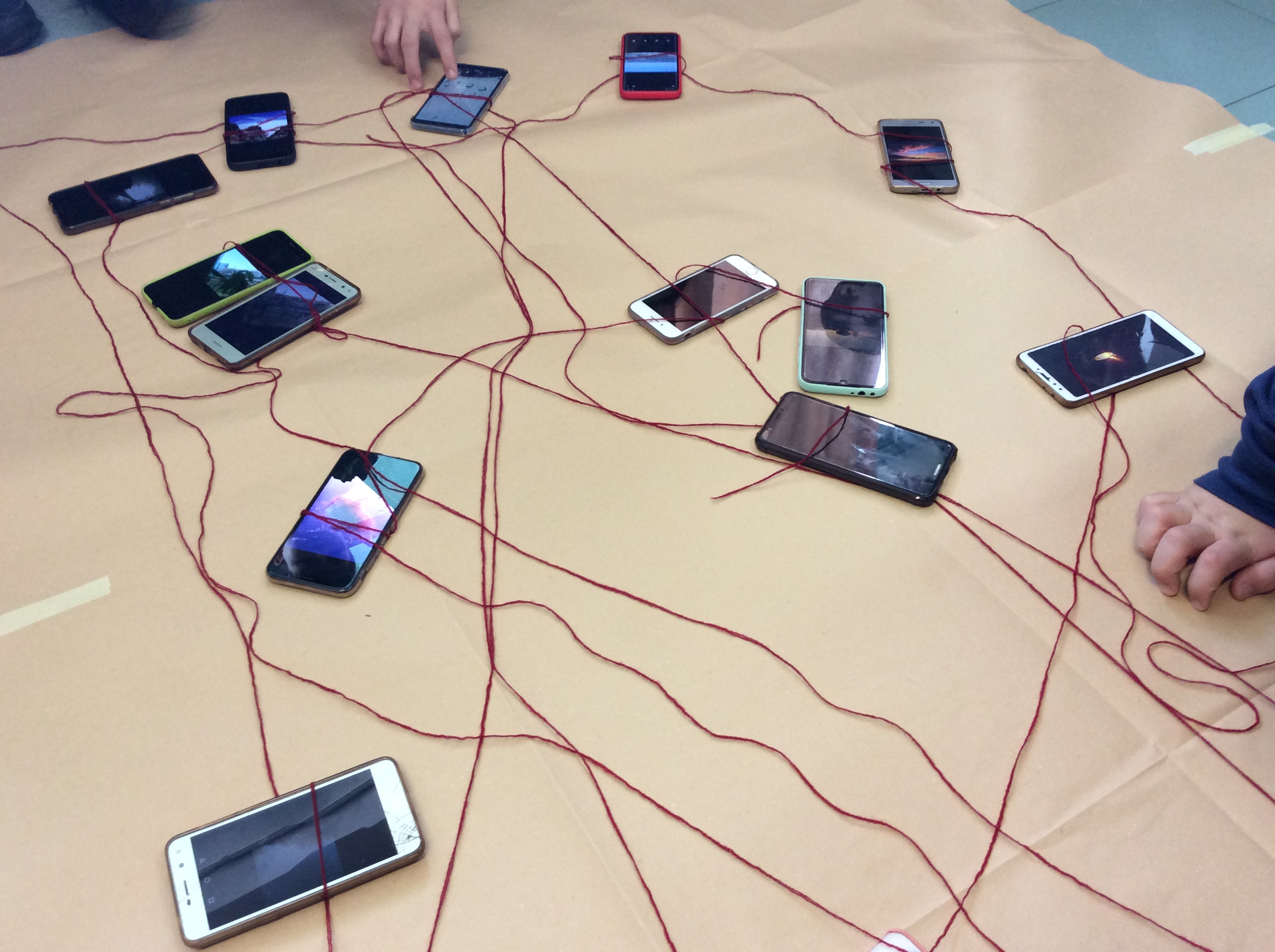 The presentation took place through an ice breaker game. In a circle, the students threw themselves a yarn of red wool. Before throwing the yarn to a classmate, however, they had to say something nice about him or her. At the end of the activity, a wire net was formed, and we observed the result and started to think about it.

Next, we played the game Unravel 2 together. The operators briefly described the game and then allowed the students, in pairs, to play. While two were playing, the other students were asked to carefully observe the game dynamics, the mechanics, the story and all the details. Post-its were delivered to them and they were asked to write down all the thoughts that came to their mind by watching their classmates play. We discussed the themes and reflections that emerged, comparing and uniting them, to find common points.

The latter activity was partly related to the former. An installation has been created with the students’ smartphones, tied together by red wool. Each smartphone showed an image chosen by them, to represent a moment, an emotion they wanted to share. Smartphones have been connected through meaning, thematic or affinity connections.

The itinerary was then completed and conclusions were drawn collectively. After the activity, a video with the students’ stories and their audio recordings was edited.

The students greatly appreciated the different activities, especially the themes proposed and addressed during the itinerary. They liked the idea of starting from a video game to discuss topics togheter. Some of them, after discovering the video game Unravel 2 in class, said they bought it to play at home. They like the idea of playing at home a video game discovered at school.

Some of them have proved capable of playing, others less so. But since the game is for two players, they have always helped each other. The same for the stop motion phase: some of theme were already capable and helped the others.

Teachers were also impressed by the extra-curricular skills deployed by the students during the video game and stop motion phases.

The involvement was high, so much so that students continued the activity after the 8-hour itinerary, in their class, to record musics for their stop-motion video, in collaboration with the music teacher.

In conclusion, the activity had an excellent response both among students and teachers.

We use cookies to ensure that we give you the best experience on our website. If you continue to use this site we will assume that you are happy with it.OkPrivacy policy